What Have You Been Reading?

Missing out being in Singapore during the current General Elections (GE), I viewed most of it over the Web. However, depending on where you get our information about the GE, the information covered varies. So I've decided to tabulate the past 7 seven days (28 April to 04 May) online articles by the 4 mainstream Singapore media Websites -- The Straits Times, Channel News Asia, Yahoo Singapore and AsiaOne. 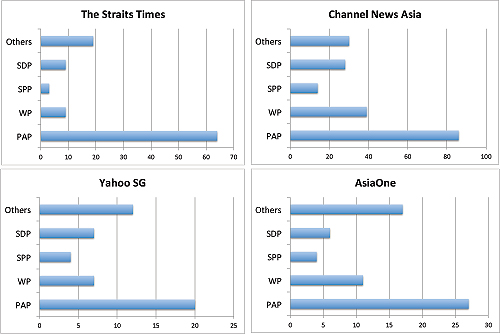 I realized that the media coverage do vary quite a bit when comparing The Straits Times (ST) and Channel News Asia (CNA) coverage. Articles covering parties such as Singapore People's Party (SPP) and Workers' Party (WP) doubles in CNA. The results suggest that if want broader and in depth coverage of the general election, CNA, Yahoo Singapore and AsiaOne are better.

Share |
I watch CNA, read the ST and also read facebook from the popular politicians from the ruling party and opposition and also read some other sources. Surprised to see youngsters very vocal in facebook. I guess when one life is affected, one will feel very angry and emotional. I even attend a rally first time in my life...lol. The results will know on Sunday. Do you get to vote?
Alicesg    Fri, 06 May 2011 10:07:38 +0800
I'm with you about the youngsters.

First time attending a rally? How did that go?

I don't get to vote. The system is not clear with the proceedures. I had to clarify it via a few emails with the Elections Department of Singapore. If overseas Singaporean want to vote in this election we have to inform them earlier this year. However, by the time the news of an election came around, it was way past the dateline already. So a lot of us do not get to vote. 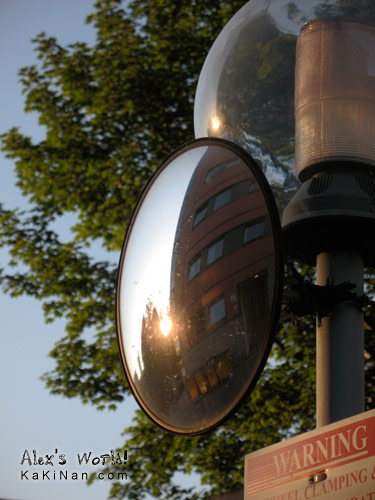 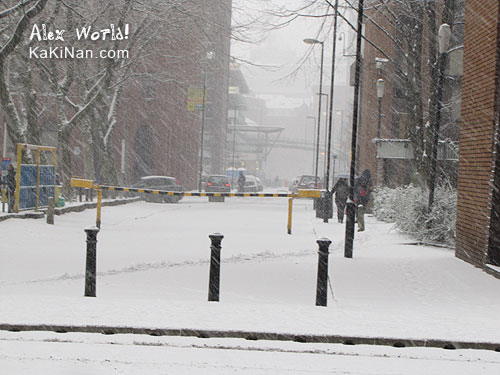